would like to acknowledge and express our appreciation to our

for all his efforts in compiling and making available to us, the vast amount historical data found on this website. Through his efforts, we will be able to preserve and view our history going forward. 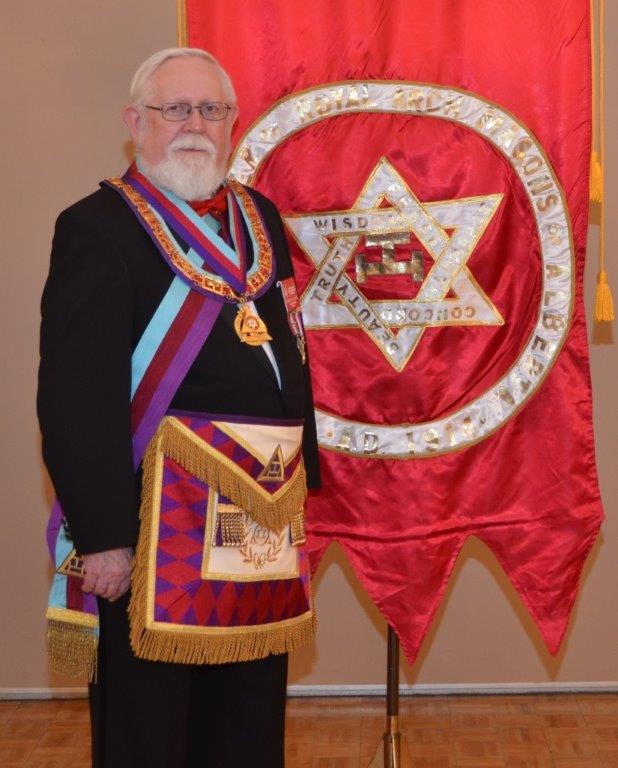 INTRODUCTION
TO
THE HISTORICAL MATERIAL

Sometime before 1956, an unknown author wrote a 10-page history of Royal Arch Masonry in Alberta from 1892 to 1945. This formed the first chapter of Volume II in what became the four-volume A History of Royal Arch Masonry commissioned by General Grand Chapter, with the first three volumes published in 1956. MExComp Metro Gushaty later undertook to write a similar year-by-year summary, “The Grand Chapter of Alberta – the Last Forty Years (1955-1995)” for inclusion in Volume IV of A History of Royal Arch Masonry, published in 1996. He subsequently revised this to “… the Last 50 years (1945-1995)” and finally expanded the summaries to the year 2001. The General Grand Chapter’s History has been widely circulated to jurisdictions around the world. The Alberta section of Volume II has therefore been used as the first part of this history, with MExComp Gushaty’s longer document, brought up to date, forming the second part.

The Annual Proceedings of the Grand Chapter of Alberta covered everything that was happening about its formation, in great detail, from 1913 to at least 1917. Indeed, to make sure that every member in Alberta was aware of the strong sentiments being expressed by both sides a series of pamphlets were written and published in the Proceedings, distributed to the members, or both. These are all included as background.

 Another 16 page document, Concerning Capitular Masonry in the Province of Alberta and the Issues Between the Grand Chapters of Canada and Alberta – A statement and Discussion of the Facts and Masonic Jurisprudence by “A Workman From the Quarries” – Concurred in and endorsed by His Honor Judge H.C. Taylor Past Grand Master of the Grand Lodge of Alberta, Past Grand Superintendent of the Grand Chapter of Canada, dated February 1916, was published in the Proceedings and distributed. It covers in detail everything that had happened (on both sides) in the preceding years, including misinformation, lack of communication and large doses of stubbornness. Its author was never formally identified.

 A Statement Concerning Royal Arch Masonry in the Province of Alberta, dated January 31, 1916, and written by T.F.English covers some of the same material. It was distributed, but not published in the Proceedings.

The reports of the Grand District Superintendents during these years show some of the divided loyalties among the Chapters and Companions and the 1914 and 1915 reports are included. Interestingly, few Grand Chapter issues or outcomes of substance were discussed at the Annual Convocations in the following years. Some years had only visitations to report; many issues were dealt with completely within the Executive Committee Meeting. 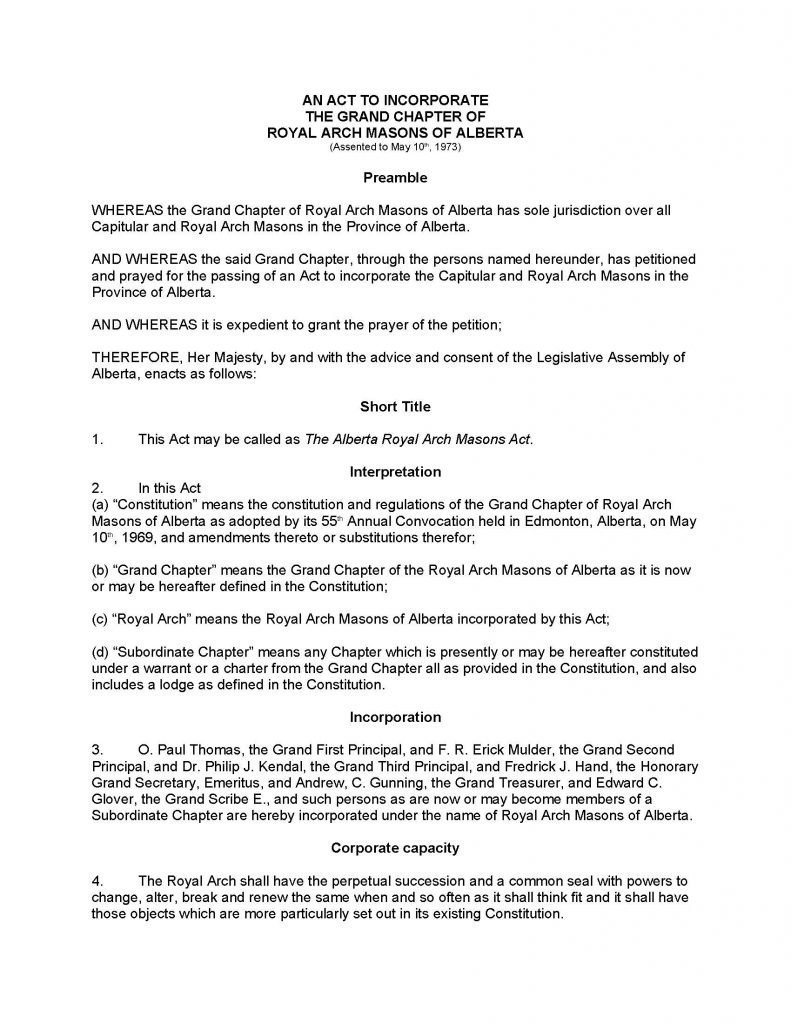